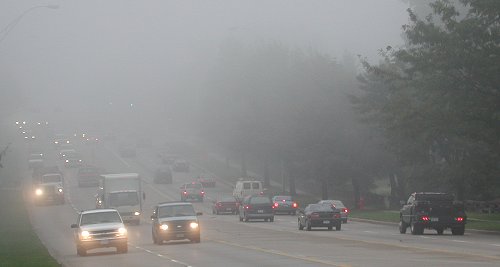 It must be autumn!  A sea of red invades the UNL campus.  Photographed outside
Memorial Stadium on September 1, 2001 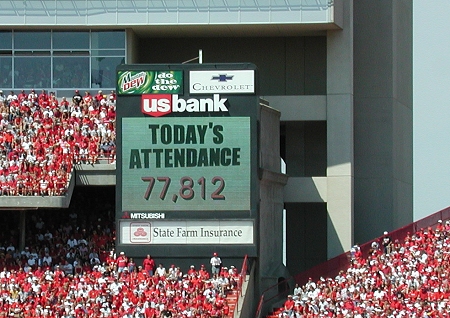 September 1, 2001. CLICK HERE or on the above photo to see a very large image.
With a population this Saturday afternoon of 77,812, Memorial Stadium,
for a few hours, becomes the 3rd largest city in Nebraska!