March 31, 2001: near Lincoln.  An early spring sunset with clouds that brought
passing rain showers instead of snow

March 26, 2001:  Green is finally returning to Lincoln, here at the golf course at Holmes Lake.

March 25, 2001 at Holmes Lake, Lincoln. The snow and ice are finally gone and its time
for spring fishing!

March 16, 2001:  Ice still remains on Holmes Lake & only a few patches of snow remain on
the land.  CLICK on the photo for a much larger view! 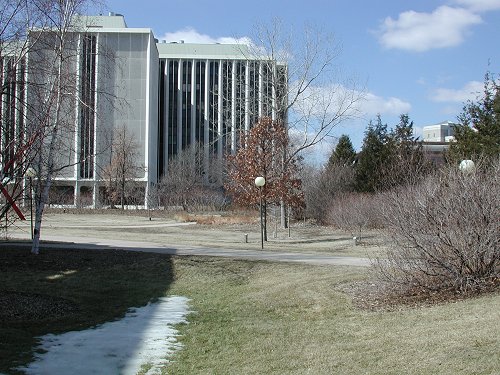 The last of the winter 2000-01 snowcover lingers to the north of the UNL city campus
library, but a few blades of green grass are beginning to emerge!  Spring is near. 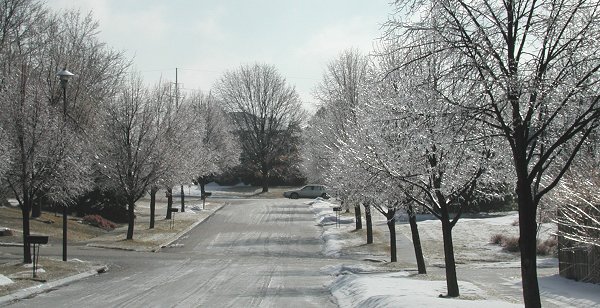 Early morning, March 12, 2001:Ice coats all of the trees and residential trees in
southeast Lincoln. 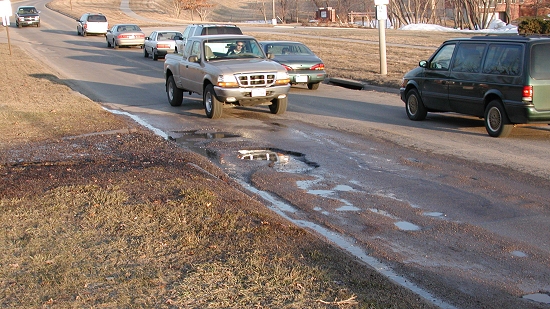 March, 5, 2001: 62nd & Normal BlvdA common site this year in Lincoln, dodging
potholes.  Plenty of moisture this winter and frequent freeze and thaws have played
havoc with the road surfaces throughout the area.