CLICK HERE for other snowy scenes on campus
January 29, 2001: A band of heavy wet snowfall moves over the UNL city campus. 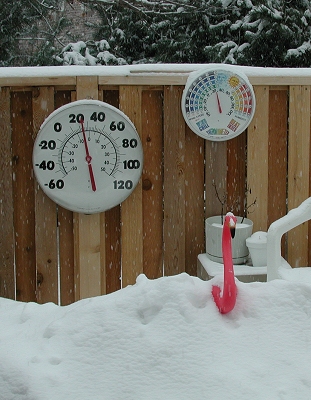 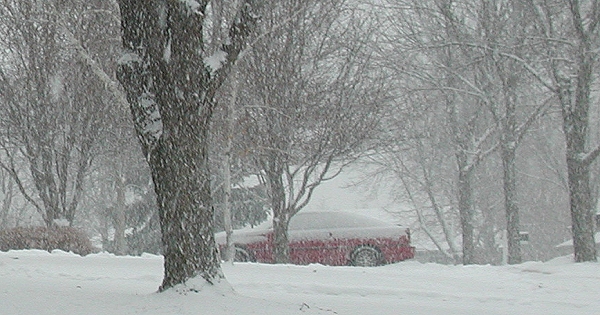 CLICK HERE or the photo for a full screen image
January 28: Several inches of snow falls on Lincoln as a major winter storm that
hit the southwestern U.S. moves across the southern Plains with heavy snow in Kansas 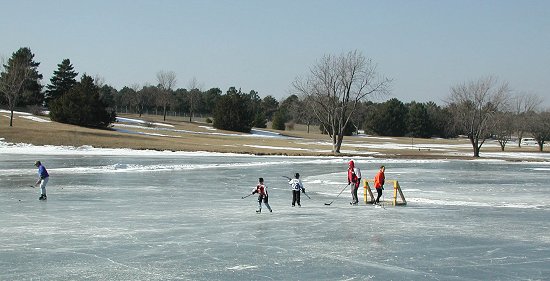 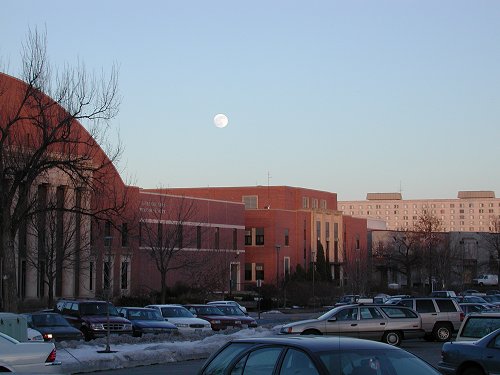 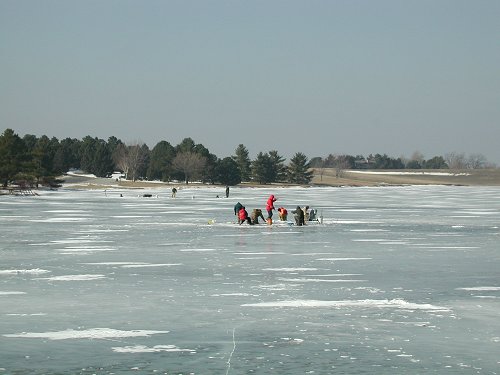 January 21, 2001:  Although the snow cover is virtually gone now and the temperatures
have moderated to near normal levels, Holmes Lake in east Lincoln
is still frozen across making ice fishing ideal this time of year. 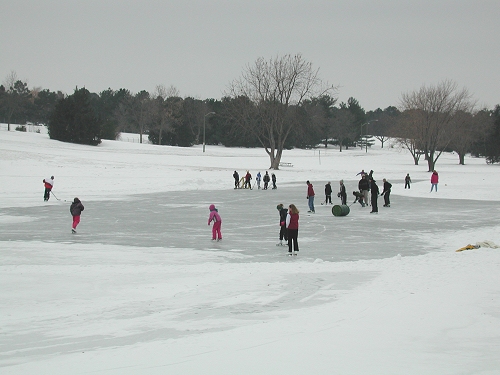 January 2, 2001:  Warm air is spreading back over the region
after 4 weeks of a deep freeze causing low clouds and overnight ice fogs.
The ice skaters at Holmes Lake are enjoying their mid-winter break.
Last year at this time, the lake was unfrozen! 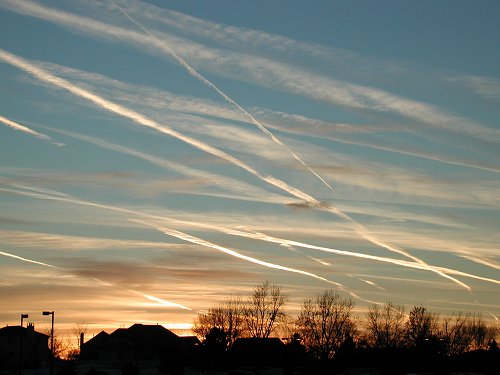 January 8, 2001:  Numerous jet contrails are illuminated by the setting sun over Lincoln.
Look carefully and toward the center and slightly right is a fresh contrail being created.
The broad cirrus clouds toward the top of the photo are leftover jet contrails as well.