December 29,  2002: Despite the recent mild day time temperatures, there is a gray layer of ice
covering Holmes Lake in Lincoln.  The blood red sunset only lasted for just a few minutes.

December 27,  2002: The sun rises through a shallow layer of fog in Southeast Lincoln.

December 26, 2002: Looking northeast from southeast Lincoln.  The water tower is at 165th and Van Dorn Streets.

December 26, 2002: Looking east from far southeast Lincoln at the dry and brown landscape.

December 25, 2002:Looking east from far southeast Lincoln as the early morning
fog burns off leaving a heavy frost on the trees.

December 25, 2002:  Looking east from far southeast Lincoln as the early morning
fog burns off leaving a heavy frost on the trees. 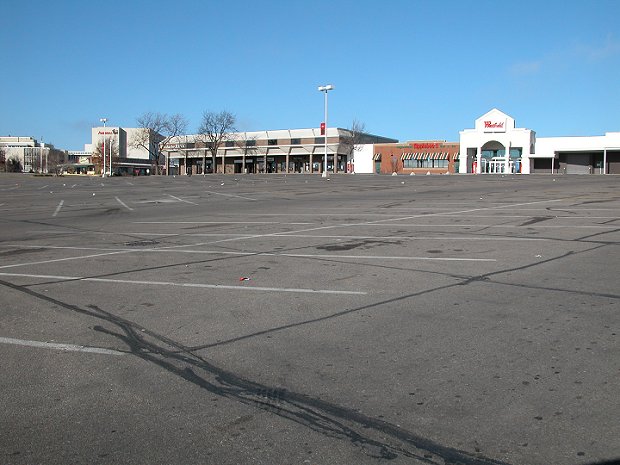 December 25, 2002:  Early Christmas morning at Westfield Shopping Center, mild weather but
no shoppers, since the mall was closed for the holiday.

December 22, 2002. Looking east from 84th and Van Dorn Streets in Lincoln.
It was the first full day of winter and it was pretty close to normal.
The high of 38 F was 3 degrees above normal and the low of 13 was 1 degree below normal.

December 21, 2002, The longest night of the year saw a brilliant red color splash across
the sky for a few minutes just after sunset.

December 21, 2002, © K. Dewey, High Plains Regional Climate Center.
Southeast Lincoln: All the leaves are gone, and the sky is gray on this our first winter's day.

December 20, 2002, near Milford, NE.
Looking and feeling more like spring, these cattle spend a lazy afternoon in the feed lot. 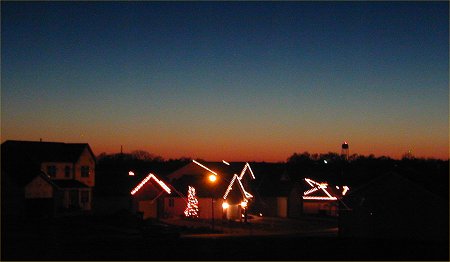 December 13, 2002, © K. Dewey, High Plains Regional Climate Center.
Looking northwest toward the city from far southeast Lincoln, the city lights are twinkling
in the distance.  The light, suspended in the sky in the middle of the image is a plane
landing at the Lincoln airport. 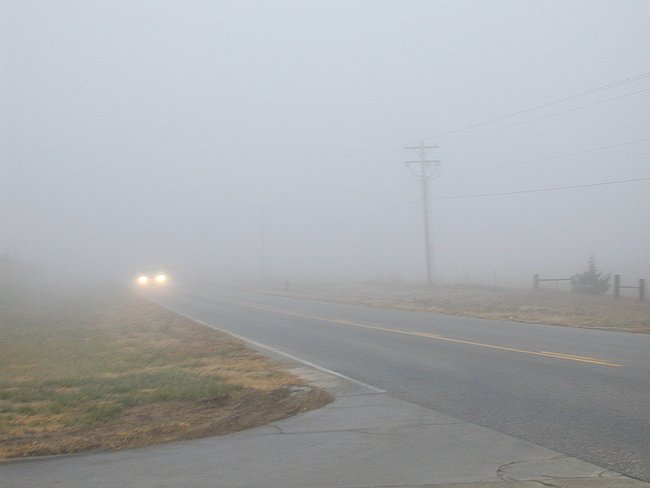 December 10, 2002, © K. Dewey, High Plains Regional Climate Center.
93rd and Old Cheney Roads, Lincoln:  A foggy morning greets Lincoln with the fog freezing on the
car windows due to temperatures hovering at 28 F.  Warm moisture laden winds from the south
encountering the chilly temperatures over Nebraska were responsible for this fog.
Mild day time temperatures in the 50's and 40's were expected to last through the next 7 days.

December 4, 2002:  Holiday lights on a house in Southeast Lincoln.

December 1, 2002:  A narrow band of clouds moves across Lincoln at sunset,
heralding a blast of cold air from Canada. 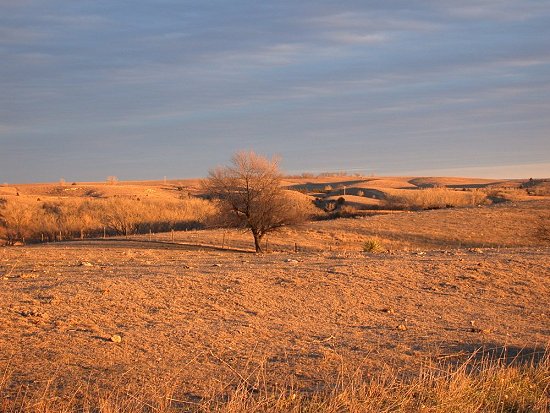 December 1, 2002: Near Stockville, Nebraska. The sun peaks through the dark overcast
illuminating the dry brown landscape.