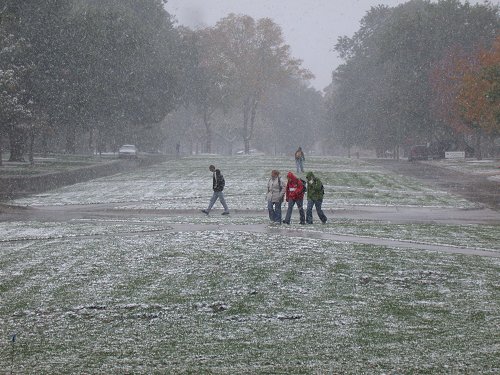 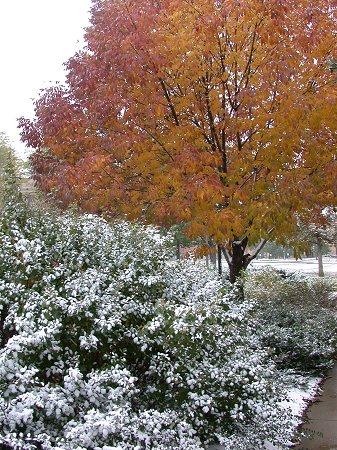 Fresh snow sticks to the green leaves of a bush while a tree
in the background shows its autumn colors of orange and red.

This is not the "Northwoods" of Minnesota but instead Lincoln, Nebraska.
An early season snowfall hits Nebraska on October 23, 2002.
Click.HERE for details.

October 19, 2002:  A full moon rises over the eastern horizon shortly after sunset
in southeast Lincoln. 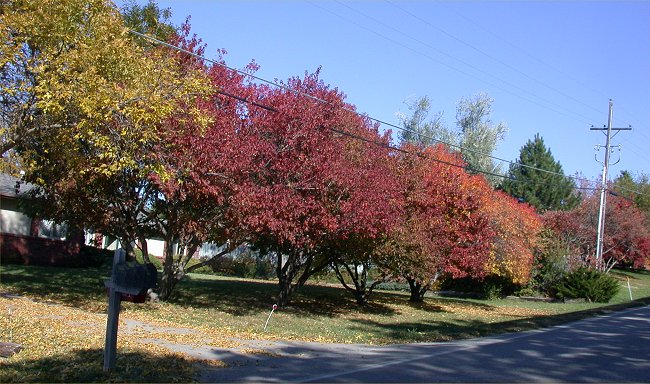 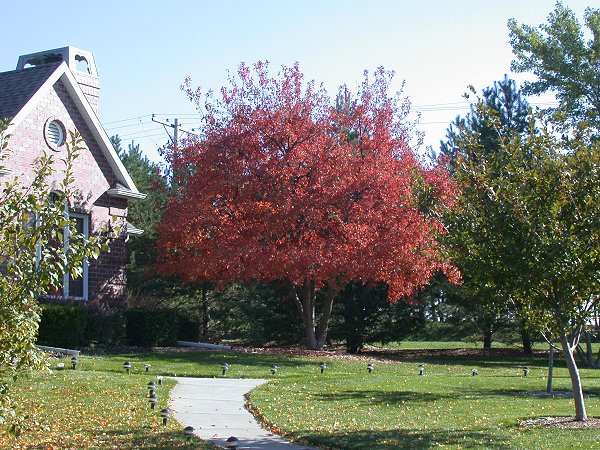 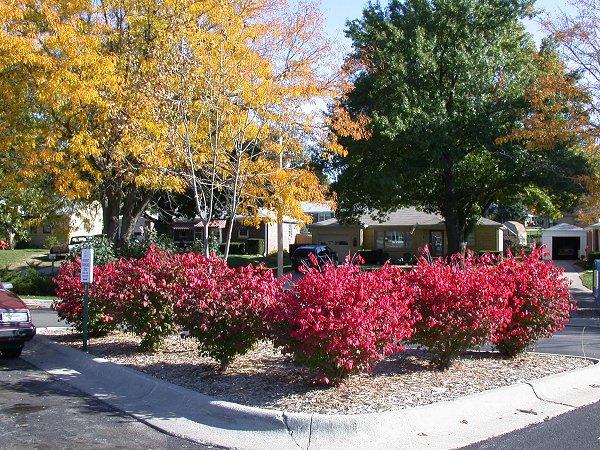 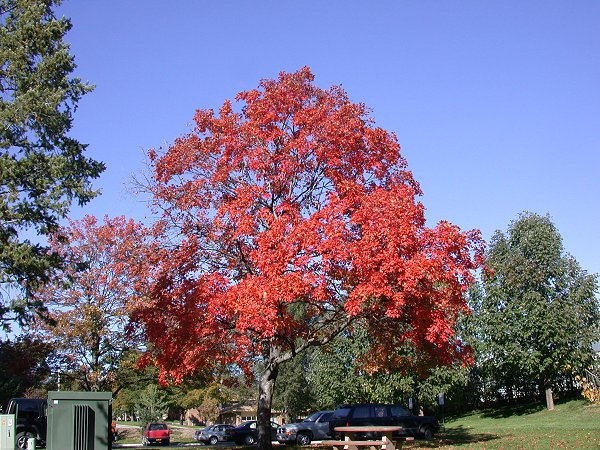 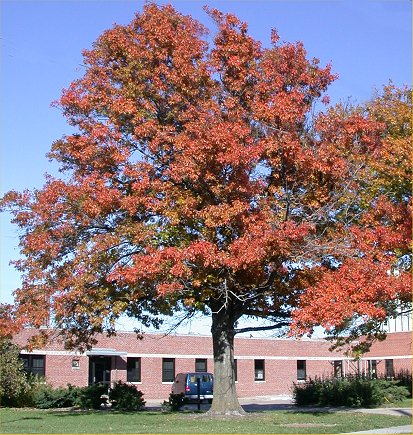 October 18, 2002: Fall colors on the city campus of UNL
near 17th and Holdrege Streets. 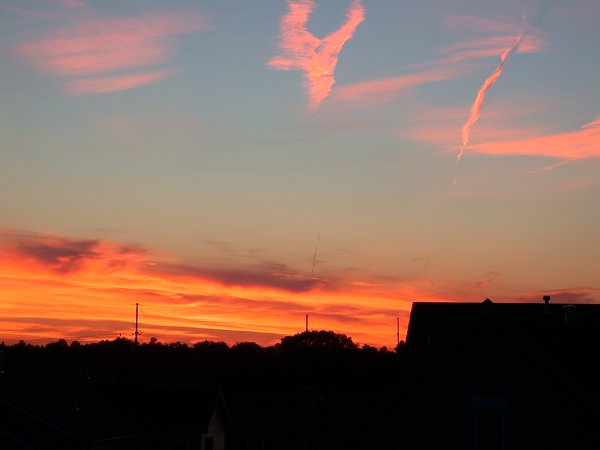 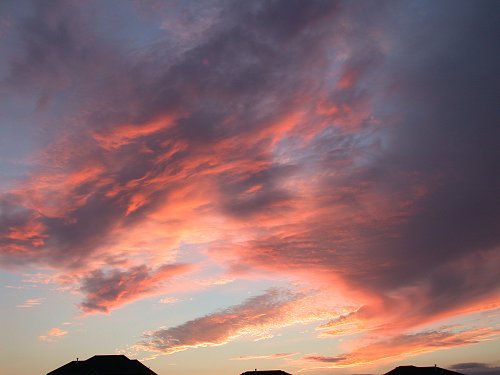 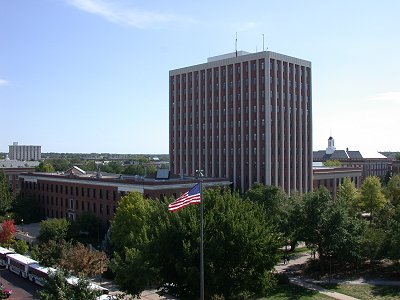 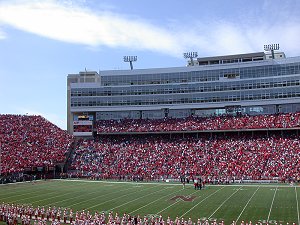 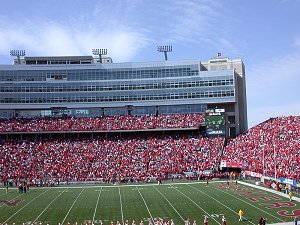 Click on any of these 3 photos from the
October 5, 2002, Huskers Football game to see a much larger version. 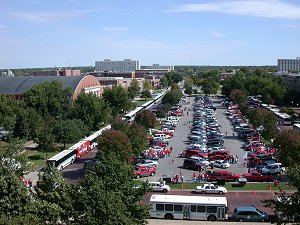 October 4, 2002: early morning in southeast Lincoln, just after
sunrise with a bank of clouds and cooler weather moving in from the Northwest. 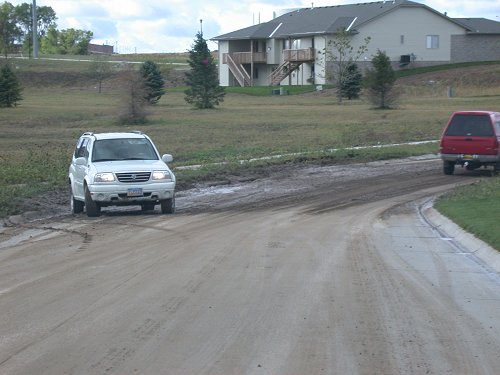 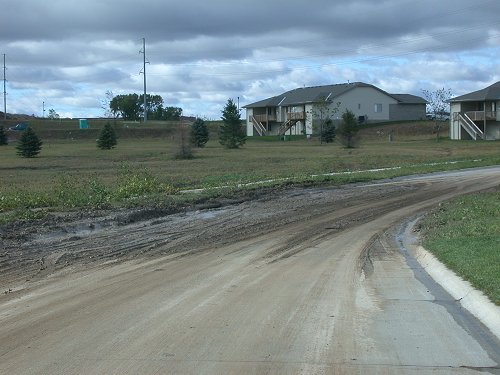 October 4, 2002:  Following a night of nearly 2 inches of rain in southeast Lincoln,
several suburban roads are covered with mud flows. 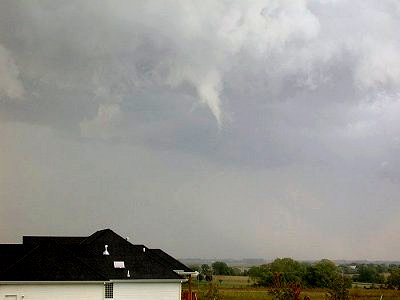