Sunrise, Saturday, November 23, 2002, far southeast Lincoln, NE.  The sun is just
breaking the horizon in the middle of the image. 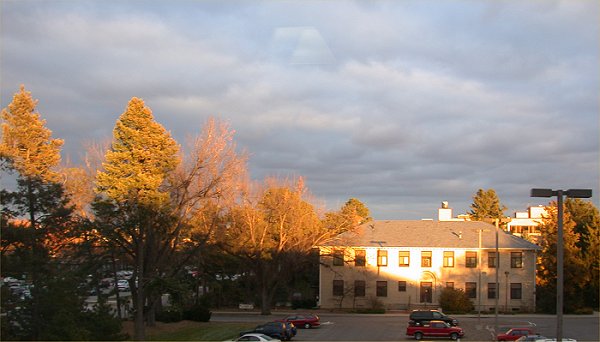 November 21, 2002: The late afternoon sun finds a hole in the clouds and momentarily
shines down on to the east campus of UNL.

November 21, 2002:  Looking northwest from 93rd and Old Cheney Roads toward downtown Lincoln.
The leaves have fallen, the lawns have turned mostly brown, and the weather remains mild just ahead of the first
winter outbreak of cold polar air due to arrive this weekend.

November 21, 2002: Sunrise in far southeast Lincoln.  Clear skies and mild temperatures continue across
the region but storm clouds are gathering to the north.

November 20, 2002: Just before sunrise, southeast Lincoln and looking west/northwest with the full
moon beginning to set..

November 13, 2002:  Looking northwest from 93rd and Old Cheney Roads.  A telephoto lens
makes the capital and downtown buildings appear closer than they really are.
Most of the leaves have fallen, there is still some green left in the lawns and mild weather covers the area. 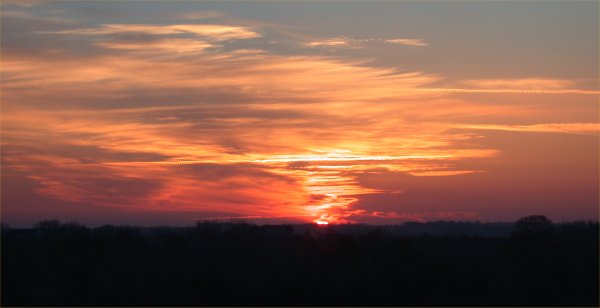 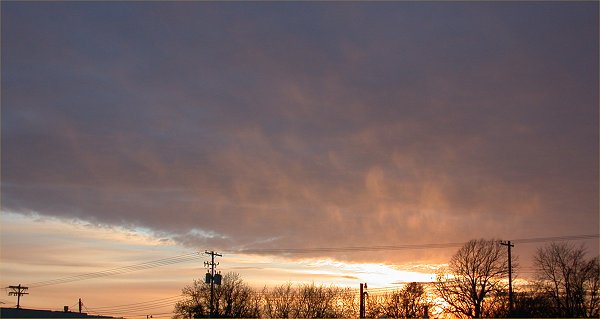 November  10, 2002.  Photographed just before sunset, the falling rain showers were
evaporating before reaching the ground.  This is called "Virga" by meteorologists. 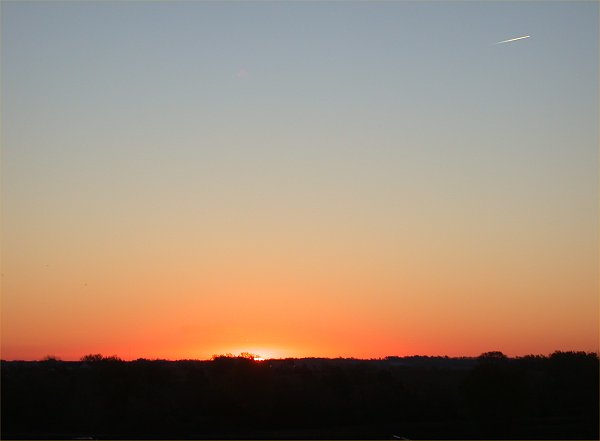 November 7, 2002.  Sunrise in southeast Lincoln.  The white streak in the
upper right is a jet contrail.  Temperatures soared from a low of 27 F to a high of 72 F. 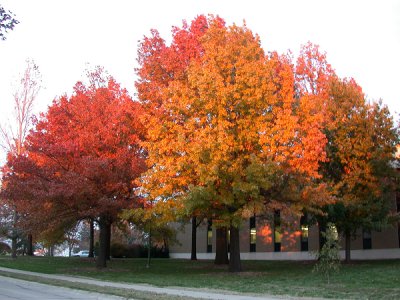 November 5, 2002, the late day sun highlights the brilliant orange
and red colors of these trees located on the east campus of UNL. 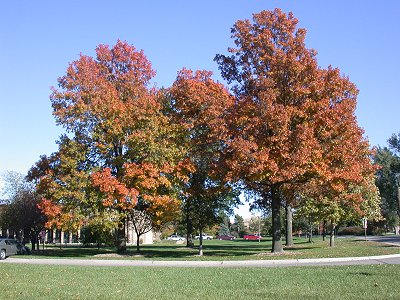 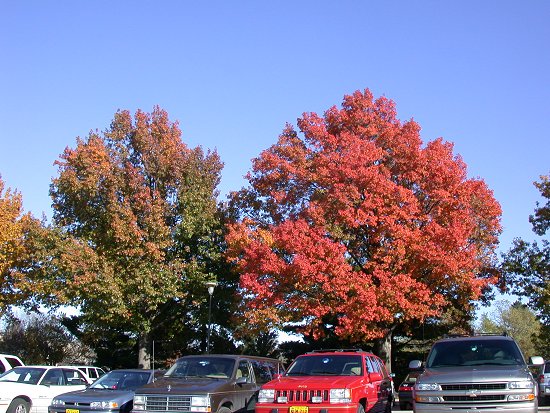