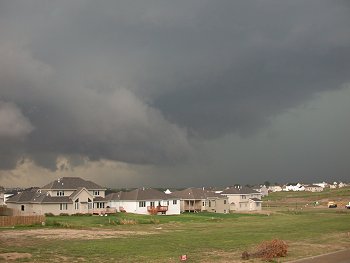 August 28, 2002, 7:20 PM CDST.
during severe weather, check out our
A severe thunderstorm moves over Lincoln, viewed from southeast Lincoln.
The thunderstorm produced 60 mph winds in S.E. Lincoln,
rain flooded several streets and power was knocked out for 2 hours.
CLICK HERE FOR THE RADAR LOOP

A rainbow stretches across far southeast Lincoln on August 27, 2002. 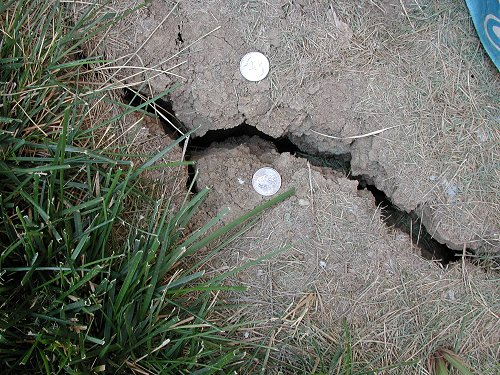 Photographed August 16, 2002 in Lincoln Nebraska and using
quarters for scale, the dried, un-irrigated soil has large cracks in it
due to the prolonged period of drought. 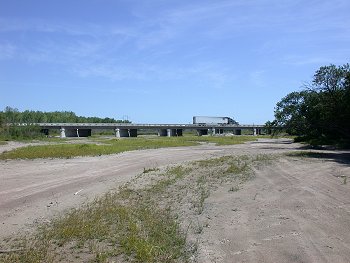 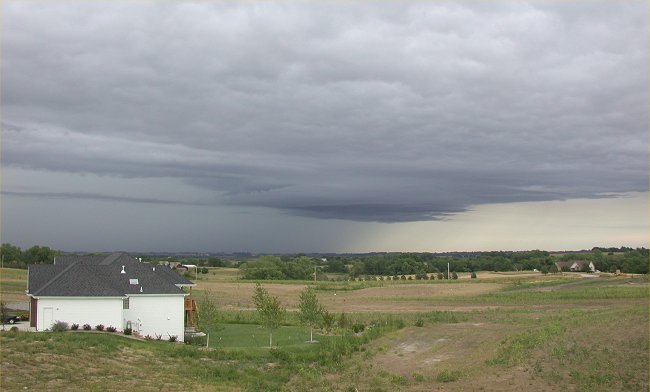 August 16, 2002, an early morning thunderstorm rolls across the east side of Lincoln. 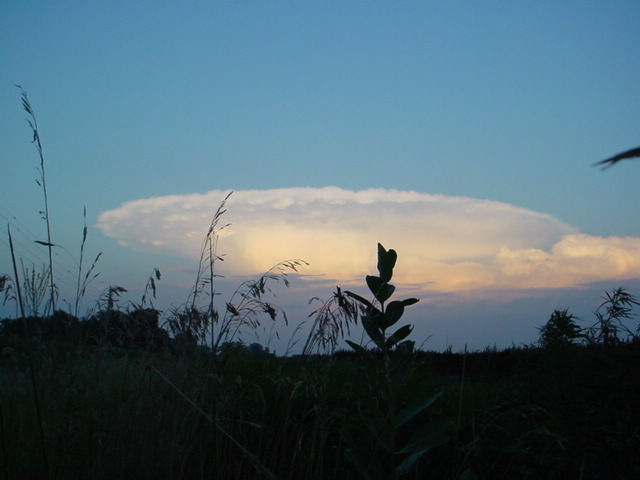 Photographed by UNL meteorology student Shelley Schindler,
the same storm as above is viewed looking south from Butler County. 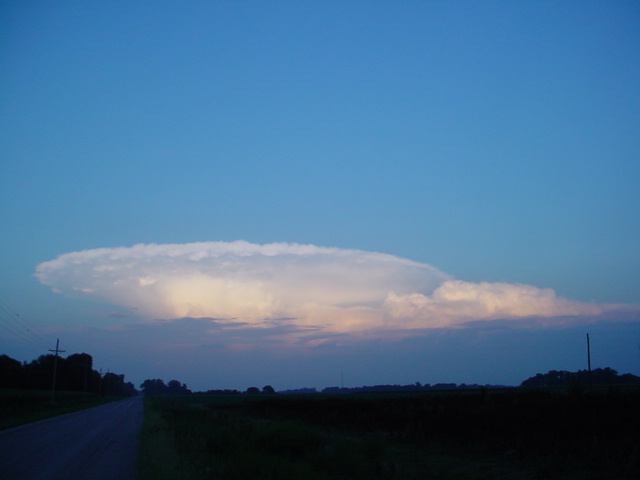