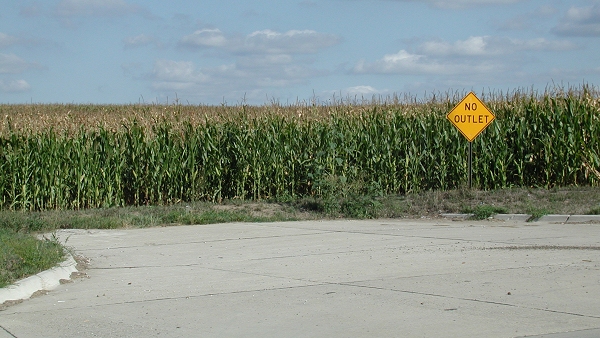 Photographed along 84th street in Northeast Lincoln, NE, on August 23, 2001,
the sign indicates "NO OUTLET" but one wonders who would enter the
cornfield with their car in the first place!

Lack of substantial rainfall have left rural roads susceptible to
blowing dust when vehicles pass over them.   This photo was taken at
98th and Pioneers Blvd. in Lincoln.

Looking down at the Platte River from Mahoney State Park,
Aug. 22, 2001 with hazy skies just before sunset. 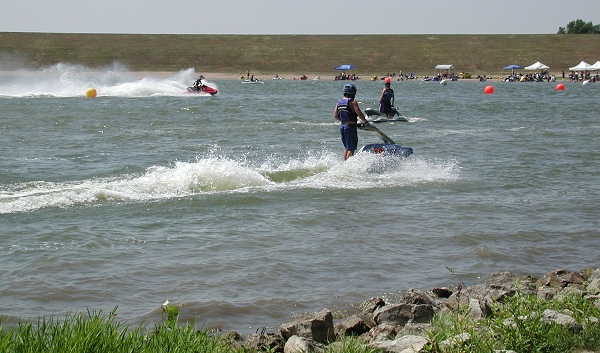 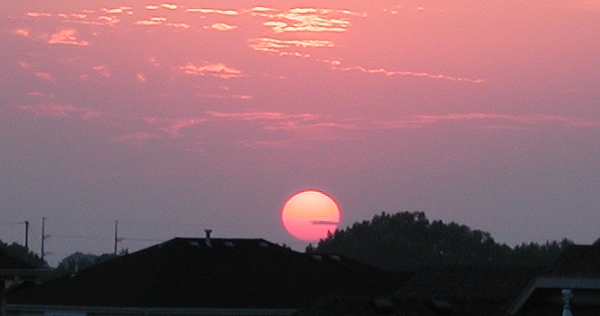 Photographed in Southeast Lincoln on August 3, 2001,
the setting sun has a small horizontal cloud pass in front
of it, causing the sun to look like the 1980's video game "Pac-Man". 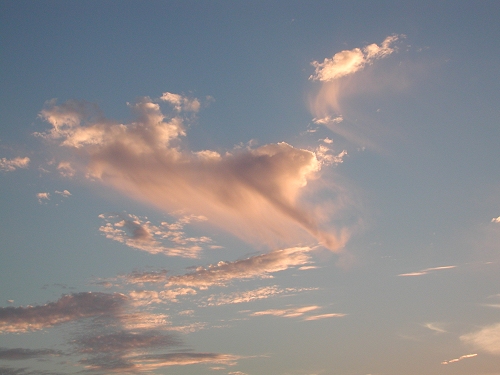 August 3, 2001 at sunset in Lincoln, NE.  Look carefully and
you can see wispy looking rain falling from the cloud in the center of
the picture as well as the small cloud toward the top right of the image.
The rain is evaporating before reaching the ground and is called "virga". 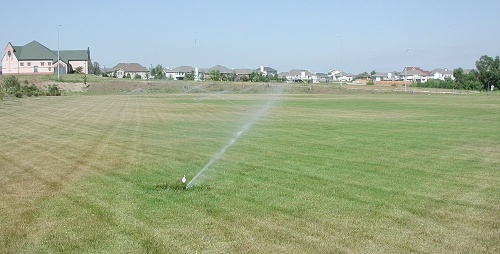 August 2, 2001.  Hot sunny days are beginning to take their toll
on lawns (here at 84th and Van Dorn St. in Lincoln, Nebraska.
The brown lawns to the left are beyond the reach of the sprinkling system.

August 2, 2001.  The moon shines down through the hazy tropical sky over Southeast Lincoln. 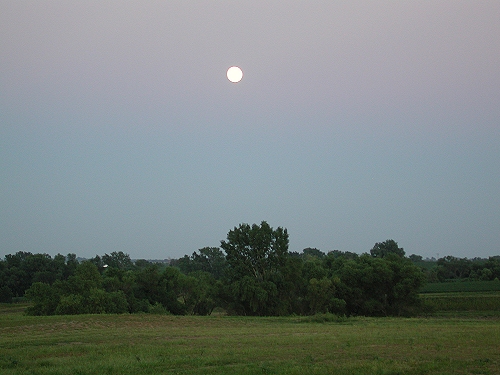 The same view as above, however with a telephoto lens. 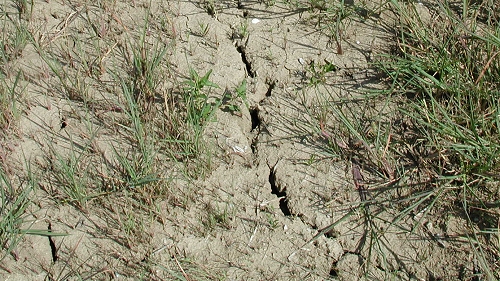 August 2, 2001.  Large cracks in the surface soil have begun
to occur in the non irrigated open fields surrounding Lincoln.